Skip to the content
About IQ
.
IQ – intelligence quotient – is a number derived from a set of standardized tests developed to measure a person’s cognitive abilities (“intelligence” ) in relation to their age group. An IQ test does not measure intelligence the way a ruler measures height (absolutely), but rather the way a race measures speed (relatively); IQ is described as a “quotient” because, originally, it represented the ratio between a person’s “mental age” and actual chronological age.
.
For people living in the prevailing conditions of the developed world, IQ is highly heritable, and by adulthood the influence of family environment on IQ is undetectable. IQ test scores are correlated with measures of brain structure and function, as well as performance on simple tasks that anyone can complete within a few seconds.
.
IQ is correlated with academic success, job performance, socioeconomic advancement, and “social pathologies”. It is taken by psychologists to be an excellent proxy for intelligence, and possibly the best measurable definition of intellectual ability, but generally not taken to represent intelligence perfectly. Recent work has demonstrated links between IQ and health, longevity, and functional literacy.
.
About Mensa
.

Mensa is an international high IQ society. Its only qualification for membership is a score in the top 2% of the general population on a standardized intelligence test.
.
Mensa was founded in England in 1946 by Roland Berrill, a barrister, and Dr. Lance Ware, a scientist and lawyer. They had the idea of forming a society for bright people, the only qualification for membership of which was a high IQ. The original aims were, as they are today, to create a society that is non-political and free from all racial or religious distinctions. The society welcomes people from every walk of life whose IQ is in the top 2% of the population, with the objective of enjoying each other’s company and participating in a wide range of social and cultural activities.
.
Mensa has three stated purposes: to identify and foster human intelligence for the benefit of humanity, to encourage research in the nature, characteristics and uses of intelligence, and to promote stimulating intellectual and social opportunities for its members.
.
“Mensa” comes from Latin, and has triple meanings : mind, table, month, implying a monthly meeting of great minds around a table. The name stands for a round-table society, where race, color, creed, national origin, age, politics, educational or social background are irrelevant.
.
Mensa takes no stand on politics, religion or social issues. Mensa has members from so many different countries and cultures with differing points of view, that for Mensa to espouse a particular point of view would go against its role as a forum for all points of view. Of course, individual Mensa members often have strong opinions–and several of them. It is said that in a room with 12 Mensans you will find at least 13 differing opinions on any given subject!
.
Mensans have ranged in age from 2 to more than 100, but most are between 20 and 60. In education they range from preschoolers to high school dropouts to people with multiple doctorates. There are Mensans on welfare and Mensans who are millionaires. As far as occupations, the range is staggering. Mensa has professors and truck drivers, scientists and firefighters, computer programmers and farmers, artists, military people, musicians, laborers, police officers, glassblowers–the diverse list goes on and on. There are famous Mensans and prize-winning Mensans, but there are many whose names you wouldn’t know
.
About Mensa Indonesia
.

Mensa Indonesia till now is a small group of Indonesian men and women who have scored in the top two percent of a professionally-supervised IQ tests, and have qualified for membership in the worldwide Mensa society. Our emerging Mensa group in Indonesia was founded in 1990 by several mensan (members of Mensa International, British Mensa, American Mensa) in Indonesia, such as Paul Erickson, Sariputra Sumana, Thomas Hanan Thoha, Tut Sayogya, Cyanne Budiraharjo, etc)
.
In March, 1991, Ed Vincent (Executive Director, Mensa International, Ltd) issued a letter authorising Paul Erickson, Sariputra Sumana and Thomas Hanan Thoha to study the possibilities of and prepare in establishing a national chapter.
.
In June, 1991, the first IQ test was held at IPMI (an MBA school) in Jakarta spanning over 2 days. There were 396 people sat for the test and subsequently 176 people scored within the 2%. The test was supervised by Carole Rickard (Mensa International).
.
October, 1991, the first Jakarta area meetings were held. We split Jakarta area into 5 sub groups, North, South, East, West and Central groups. Each group appointed their own spoke person and they organized their own at least three monthly meetings.
.
After the first meeting, Mensa Indonesia was chaired by Thomas Hanan Thoha and other excomm (Liliana Widyaningsih, Sariputra Sumana, Samsul Hadi, and Linda Yohana), Jakarta, till 2010.
.
November, 1992, the first Indonesian Mensa Journal (MInd) was issued under the editorialship of Tut Sayogya, a senior jurnalist in Indonesia, and her team (include Muhamad A. Martoprawiro, etc.).
.
In 1996, on July 14th, Sunday, the 2nd IQ test was held at LAN in Jakarta. There’re 290 people sat for the 2nd test and among of them there’re 127 scored within the 2%. The test was coordinated by Ferial Fahmi Kadir (Mensa Indonesia) and supervised by Godwin Zwanenburg (Mensa International).
.
Also in 1996, The Constitution of Mensa Indonesia was listed at a law ofice in Jakarta establishing the existence of MENSA INDONESIA ASSOCIATION. Prior to this we always refer to ourselves as Mensa International IN Indonesia. The legal status was arranged by Samsul Hadi.
.

They are young and old, short and tall. Some are in high school; some have Ph.D.’s; some are retired. Members come from all ethnic groups, all nationalities, and all religions and faiths. Because the only requirement for membership in Mensa is an IQ score in the top two percent.
.
Please follow us on twitter.com/mensa_indonesia
.
Regards from Mensa Indonesia 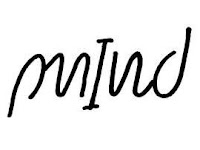